The South Park Stud’s foundation mares were bought in the 1870’s by Ladies Estella and Dorothea Hope, sisters of the Earl of Hopetoun. They kept and bred from the ponies at their family’s estate, Hopetoun House in Scotland, and the ponies are entered in the first Stud Book of the Shetland Pony Stud Book Society; the only stud then or since to carry no prefix to the names of the ponies. By 1900 the Ladies had sold ponies to both Queen Victoria and the Empress of Russia. Before the Great War the Ladies and their ponies moved to Robertsbridge, in Sussex, from where they continued to breed and show the ponies until the death of Lady Estella, aged 92 in 1952.

The Stud was inherited by Lady Estella’s great-niece, Lady Joan Gore Langton, she introduced the now world-famous “Fairy” prefix that the ponies still carry. The ponies passed to Countess De La Warr following the death of Lady Joan in 1989; Anne De La Warr was a niece by marriage of Lady Joan, and is the mother of the present Earl of Hopetoun, and it was a great excitement when the Stud was moved from Robertsbridge to Buckhurst, thereby continuing its unbroken family tradition. We still breed from exactly the same historic bloodlines, we have the 6 original families, all named with the initial of their dams, with the B,C, F,I, R and V lines and we still like to line breed using only stallions with Fariy bloodlines.
Countess De La Warr became President of The Shetland Pony Stud Book Society in 2014 and served the usual two years term and now sits on council as Past President.

South Park Stud is the oldest registered herd of Shetland Ponies still in existence today. We sometimes have ponies for sale and welcome visitors by prior arrangement. 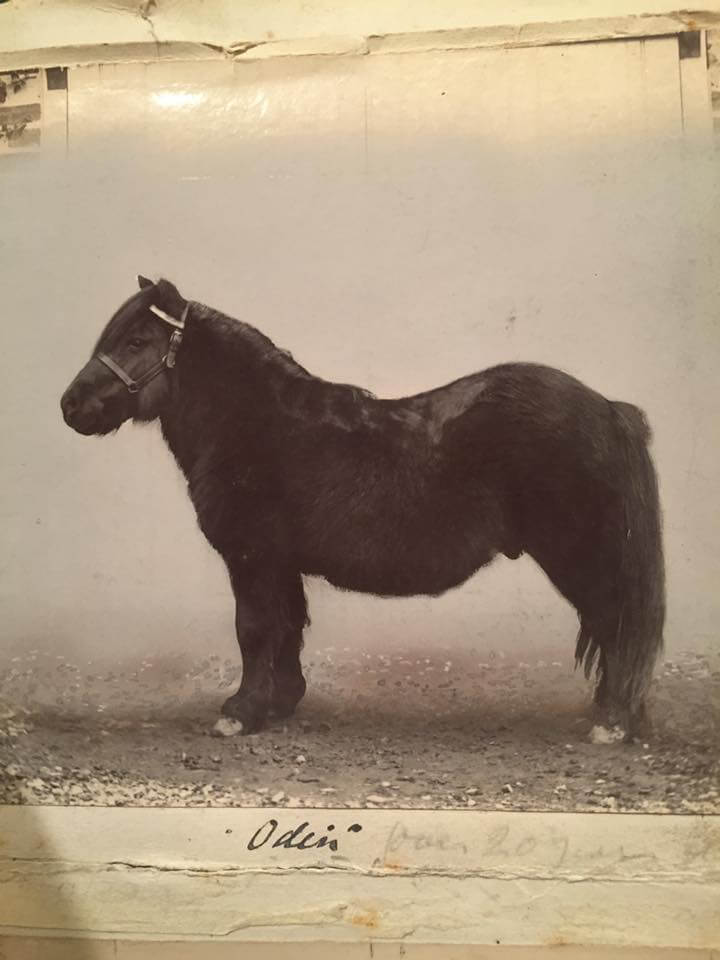